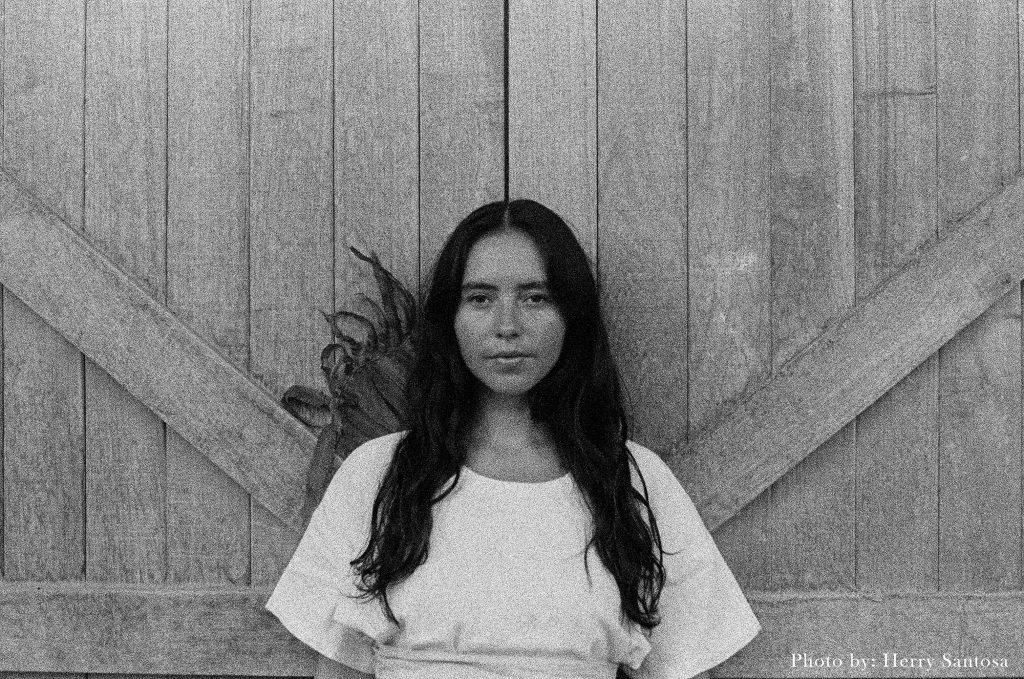 It’s almost like Sandra had sung before she started to speak. With her music work began since she was little, surrounded by the musically inclined Balinese community, Sandra has now bagged a profound experience of singing with Indonesia’s maestro, Iwan Fals.

BIS talks to Sandra about how the school’s healthy community has helped Sandra to grow into the person she is today in the music industry, and why Coldplay’s “Paradise” keeps playing in her ear whenever she thinks of the school.

1.        Tell us a little bit about how you started your music career; did you always know that you would be a musician?
I have always enjoyed singing since as long as I can remember, but was very shy in admitting it and believing that I would be able to do so as a career, even when I knew I’ve got my family’s support. My music work really began in the Balinese scene with a popular band called Nosstress. We had a music mentor in common and they invited me to sing one of their songs during my last year of high school.

I studied theatre in university, and I am now also a yoga teacher,  a part-time waitress, and am involved in various environmental projects. So I see myself as a human working on what calls me in the moment, and thankfully, music is still always at the center of that.


2.      You recently took a big part in the Indonesian living legend, Iwan Fals’ project. Tell us the story behind it and do you share the same concerns/thoughts as him about the world’s current situation?
It started in 2016. On a solar eclipse camping in Sulawesi, I met Cikal, Iwan Fals’ daughter. We became friends instantly and she invited me to collaborate with her father on his “Situs Budaya” event. At this point I had not even released any of my own music. I stayed in their family home for a week rehearsing the legendary material, to the day I was adorned in Dayak attire, and performed for over 6000 people for the first time in my life. Our values deeply aligned, as both of my parents are activists and environmentalists for indigenous people’s rights.

After the concert, we had some discussions about the significance of “Bhinekka Tunggal ika” and “Tri Hita Karana”. Since then, we have been in touch and when they invited me to collaborate on this latest album I was deeply honored.

3.      What are the things that inspire you to write music?
Music is very healing, and the writing process is as well. I write the most when I feel an internal conflict, a feeling of something that longs to be at peace but isn’t yet. This can be anything, from personal affairs to a more existential and worldly matter. In the times we are living in, there is no shortage of something to write about. I am deeply concerned with the state of humanity, and feel a longing to contribute to the changes that are greatly needed.

4.      Give us one of your pieces/lyrics that you love the most and why?
I will share with you here that not all of my lyrics are original. I take a lot of inspiration from poets. I love to build from what has already been said and add my own perspective to it. In my song “Ephemeral”, there is a line, “I was here from the moment of beginning, here I am still, I shall remain”.

This is from a poem called “Song of Man” by Khalil Gibran. By working with his poem, I am honoring him and creating a new world for those words to exist.

5.      Are you preparing an album/concert at the moment? Tell us about it.
I am currently finishing my debut studio album that was recorded in Iceland in 2020. It will be released this year! Keep in touch with my social media @sandrayatifay to be updated on this, as I am not meant to share too much yet.

6.      What are your hopes for the music industry in Indonesia?
I hope that there will be more spaces created in Indonesia that are fully dedicated to arts and music. I think the music scene is lacking some genuine places for artists to thrive. Something as simple as proper venues and festivals that are not depending so much on corporate sponsors. Music needs to be more valued as an art platform rather than just showbiz on a grander scale. Indonesia has so many incredible talents, with not enough spaces to be nurtured in.

7.      When you were at BIS, what values helped you grow the most, and is there any value from studying IB that you still count on in today’s life?
A healthy community is, to me, the greatest value of life. I learned a lot about creating community at BIS, and I felt so supported in all I longed to create, which has helped me grow a lot. I was so lucky to have some life-changing teachers and such a strong bond with my class.

8.      If BIS was a song, what song would it be?
I shot and edited our graduation video and the song we used was “Paradise” by Coldplay. That song will always endearingly remind me of the life at BIS and of course Bali, the paradise itself.